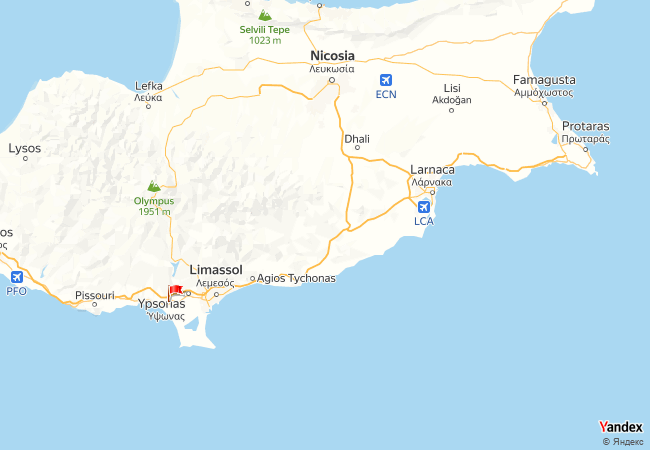 The Sovereign Base Areas of Akrotiri and Dhekelia, abbreviated SBA, is a British Overseas Territory on the island of Cyprus. The areas, which include British military bases and installations, as well as other land, were retained by the British under the 1960 treaty of independence, signed by the United Kingdom, Greece, Turkey and representatives from the Greek and Turkish Cypriot communities, which granted independence to the Crown colony of Cyprus. The territory serves an important role as a station for signals intelligence and provides a vital strategic part of the United Kingdom communications gathering and monitoring network in the Mediterranean and the Middle East. Following UK permission, the United States was given a limited, short-term presence on the British bases between 2013 and 2017.

Photos of Akrotiri and Dhekelia taken from Google Maps. Press on icon for load all photos. Press „Abuse“, if the image is not corresponds to reality. Did not found suitable photo – use panorama from Yandex or Google.