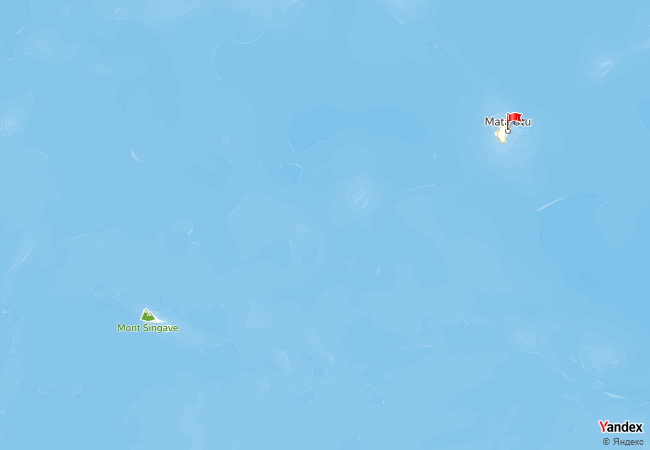 Wallis and Futuna, officially the Territory of the Wallis and Futuna Islands, is a French island collectivity in the South Pacific between Tuvalu to the northwest, Fiji to the southwest, Tonga to the southeast, Samoa to the east, and Tokelau to the northeast. Its land area is 142.42 sq km with a population of 11,558 at the 2018 census. Matā'Utu is the capital and biggest city. The territory is made up of three main volcanic tropical islands along with a number of tiny islets, and is split into two island groups that lie about 260 km apart, namely the Wallis Islands in the northeast, and the Hoorn Islands, also known as the Futuna Islands, in the southwest, including Futuna Island proper and the mostly uninhabited Alofi Island.

Photos of Wallis and Futuna taken from Google Maps. Press on icon for load all photos. Press „Abuse“, if the image is not corresponds to reality. Did not found suitable photo – use panorama from Yandex or Google.