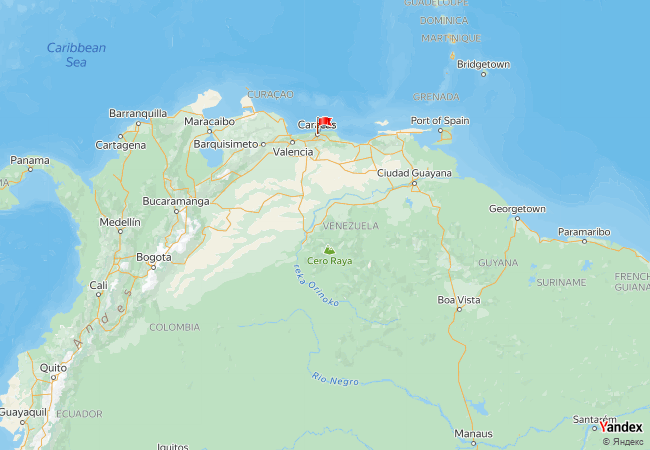 Venezuela, officially the Bolivarian Republic of Venezuela, is a federal republic located on the northern coast of South America. It is bordered by Colombia on the west, Brazil on the south, Guyana on the east, and the islands of Trinidad and Tobago to the north-east. Venezuela's territory covers around 916,445 sq km. Venezuela is considered a state with extremely high biodiversity, with habitats ranging from the Andes Mountains in the west to the Amazon Basin rain-forest in the south, via extensive llanos plains and Caribbean coast in the center and the Orinoco River Delta in the east.

All 50 cities and settlements

Photos of Venezuela taken from Google Maps. Press on icon for load all photos. Press „Abuse“, if the image is not corresponds to reality. Did not found suitable photo – use panorama from Yandex or Google.