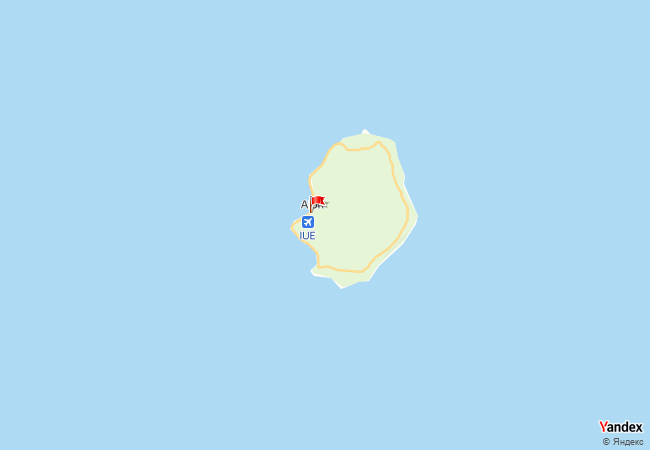 Niue is an island country in the South Pacific Ocean, 2,400 kilometres northeast of New Zealand, east of Tonga, south of Samoa, and west of the Cook Islands. Niue's land area is about 261 square kilometres and its population, predominantly Polynesian, was about 1,600 in 2016. The island is commonly referred to as "The Rock", which comes from the traditional name "Rock of Polynesia". Niue is one of the world's largest coral islands. The terrain of the island has two noticeable levels. The higher level is made up of a limestone cliff running along the coast, with a plateau in the centre of the island reaching approximately 60 metres high above sea level. The lower level is a coastal terrace approximately 0.5 km wide and about 25–27 metres high, which slopes down and meets the sea in small cliffs. A coral reef surrounds the island, with the only major break in the reef being in the central western coast, close to the capital, Alofi. A notable feature are the many limestone caves near the coast.