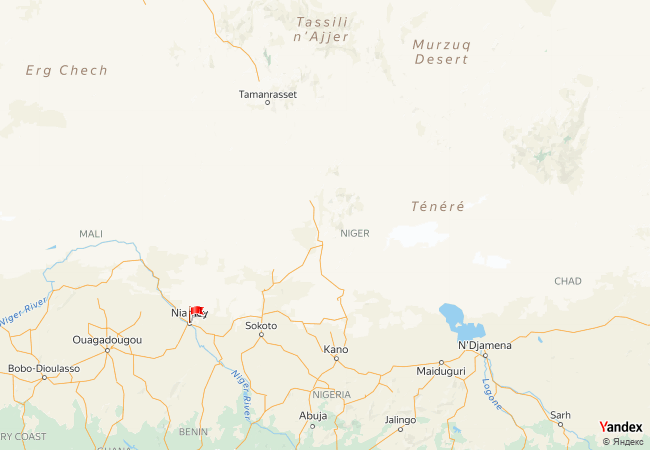 Niger, officially the Republic of Niger, is a landlocked country in Western Africa, named after the Niger River. Niger is bordered by Libya to the northeast, Chad to the east, Nigeria and Benin to the south, Burkina Faso and Mali to the west, and Algeria to the northwest. Niger covers a land area of almost 1,270,000 sq km, making it the largest country in West Africa, with over 80 percent of its land area covered by the Sahara Desert. The country's predominantly Islamic population of 17,138,707 is mostly clustered in the far south and west of the country. The capital city is Niamey, located in the far-southwest corner of Niger.

Photos of Niger taken from Google Maps. Press on icon for load all photos. Press „Abuse“, if the image is not corresponds to reality. Did not found suitable photo – use panorama from Yandex or Google.

Videos of Niger taken from YouTube. Press on cover to start playing the video. 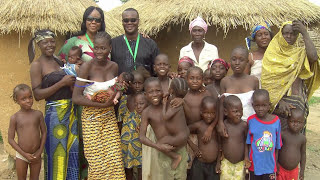 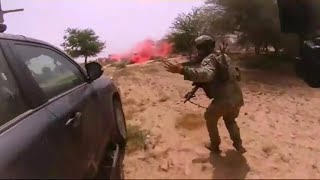 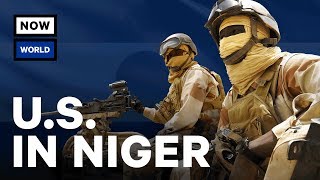 Why Is The US Fighting In Niger? | NowThis World

I do not associate with niger.

The heroic death of the "Green Berets" in Niger.