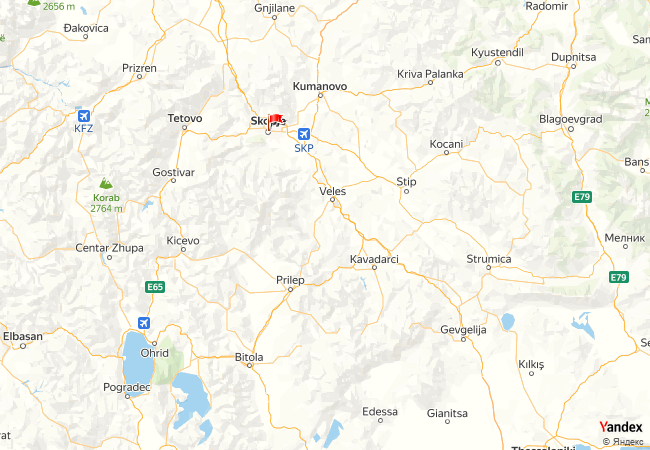 North Macedonia, officially the Republic of North Macedonia, is a country in the Balkan Peninsula in Southeast Europe. It gained its independence under the name of Republic of Macedonia in 1991 as one of the successor states of Yugoslavia. A landlocked country, North Macedonia has borders with Kosovo to the northwest, Serbia to the northeast, Bulgaria to the east, Greece to the south, and Albania to the west. It constitutes approximately the northern third of the larger geographical region of Macedonia. The capital and largest city, Skopje, is home to roughly a quarter of the country's 2.06 million inhabitants. The majority of the residents are ethnic Macedonians, a South Slavic people. Albanians form a significant minority at around 25%, followed by Turks, Romani, Serbs, Bosniaks, and Aromanians.

Photos of North Macedonia taken from Google Maps. Press on icon for load all photos. Press „Abuse“, if the image is not corresponds to reality. Did not found suitable photo – use panorama from Yandex or Google.