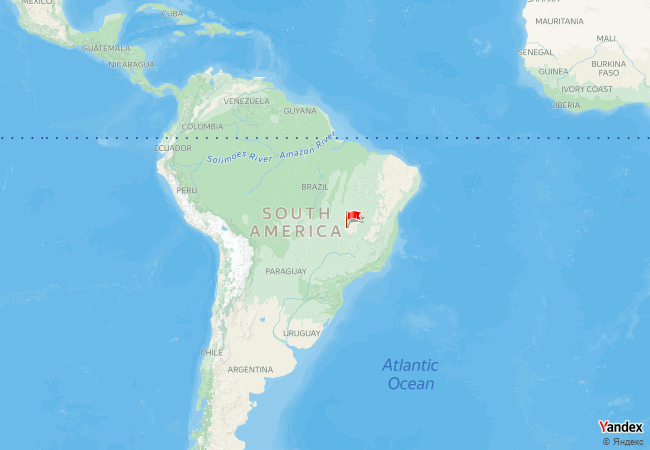 Brazil, officially the Federative Republic of Brazil, is the largest country in both South America and Latin America. As the world's fifth-largest country by both area and population, it is the largest country to have Portuguese as an official language and the only one in the Americas. Bounded by the Atlantic Ocean on the east, Brazil has a coastline of 7,491 km. It borders all other South American countries except Ecuador and Chile and covers 47.3% of the continent's land area. Its Amazon River basin includes a vast tropical forest, home to diverse wildlife, a variety of ecological systems, and extensive natural resources spanning numerous protected habitats. This unique environmental heritage makes Brazil one of 17 megadiverse countries, and is the subject of significant global interest and debate regarding deforestation and environmental protection.

All 478 cities and settlements

Photos of Brazil taken from Google Maps. Press on icon for load all photos. Press „Abuse“, if the image is not corresponds to reality. Did not found suitable photo – use panorama from Yandex or Google.